Home | Blog | The Ageism Epidemic (and How To Fight Back)

The Ageism Epidemic (and How To Fight Back) 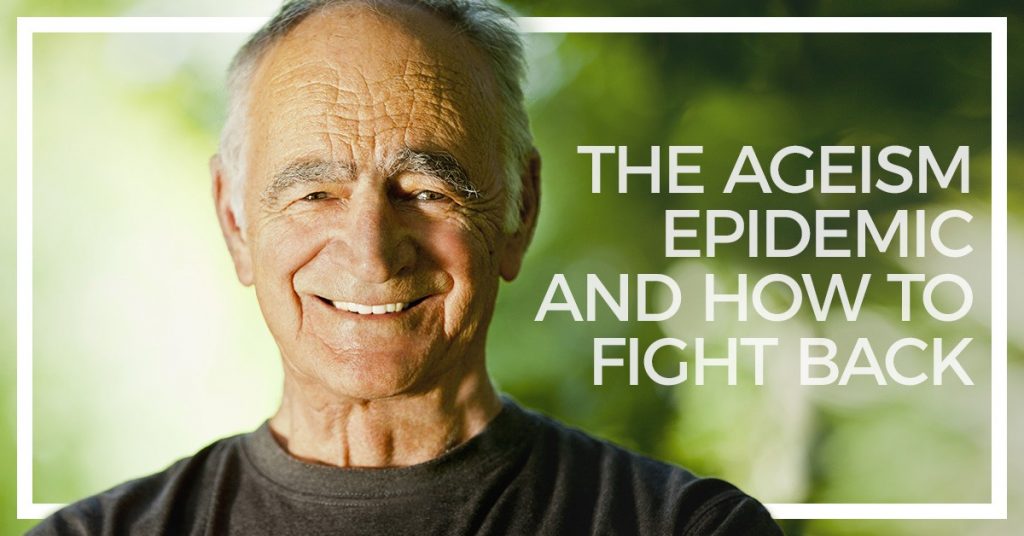 Everyone who was young will one day be old, but today we live in a startlingly youth-obsessed culture. It’s one that discriminates against the elderly in ways that society would consider shocking if the same discrimination were launched against gays or people of color.

Evidence of the Ageism Epidemic

Kyoko Hamada, a 40-year old photographer in New York, spent two years pretending to be an elderly woman in order to discover the experience and learn how people would treat her. She changed her hair, her wardrobe, and ever her walk in order to appear much older than she was. And she found that while a few people were helpful, most people treated her as if she simply didn’t exist.

She is not alone. The elderly in America feel marginalized, looked down on, or simply not looked at or noticed at all. “I feel invisible” is a common statement among people 60 and up. If you’ve ever been at a party where people didn’t bother to recognize your existence on the face of the earth, you know how painful this can be. And if you’re a naturally retiring or soft-spoken person, aging can further hurt your

Dan Lyons was 51 years old when he got fired from his job as a writer for a major news magazine. He tells his story in the book, Disrupted: My Misadventure In The Startup Bubble. When he finally did get a job, it was for much lower pay at a startup called HubSpot, a digital marketing company, where there was only one other person in the company who was his age. Though obviously far more skilled and qualified for his role, he consistently found his good ideas to be overlooked — or given to people far less gifted than him. His observations are keen, funny, and telling, not just about silicon valley, but about age discrimination

The AARP reports that 66% of workers between 45 and 74 say they have seen or experienced age discrimination at work, and even though it’s technically illegal, companies find a way around it. The hiring bias in companies everywhere tends to filter out older people with the excuse that they’re not a “culture fit” or “not in our price range,” causing the loss of the workforce segment with the greatest skill set and forcing many of those people to settle for retail or food industry jobs.

The elderly experience neglect and abuse

The instance of elder abuse and neglect is on the rise, and it doesn’t just happen in a nursing home or to people who no longer enjoy the use of their mental faculties. According to the National Council on Aging, approximately 1 in 10 Americans aged 60+ have experienced some form of elder abuse, and most cases never get reported.

What You Can Do About It

You can’t stop the aging process (and neither can any of the younger people who are currently stigmatizing aging), but you aren’t helpless. You do have the opportunity to make choices and use techniques that can help you to remain as competitive, visible, and protected as possible as you age.

In this day of celebrating youth, it’s time for people of all ages to recognize that getting older enriches us.